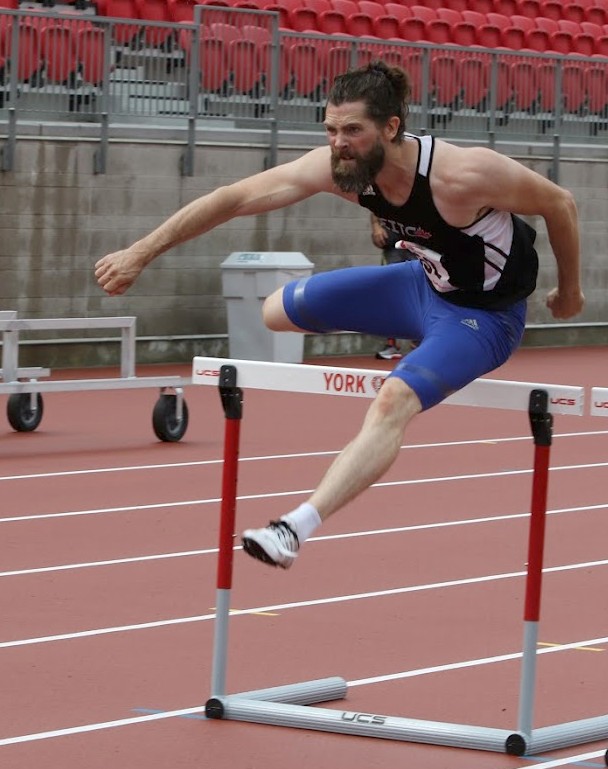 Jackson Hinton has been selected as the outstanding CMA athlete of the month of June. He broke the Canadian M40 record in the 110m hurdles with an amazing time of 14.25s in Edmonton and also the flat 100m record with 11.07s in Calgary.

Jackson’s hurdles time ranks first in the world this year with an age-grading of 93.5%.