For March, 2022, there are two winners of
Athlete of the Month: Muriel Gieni SK, and Mark Pinckard BC 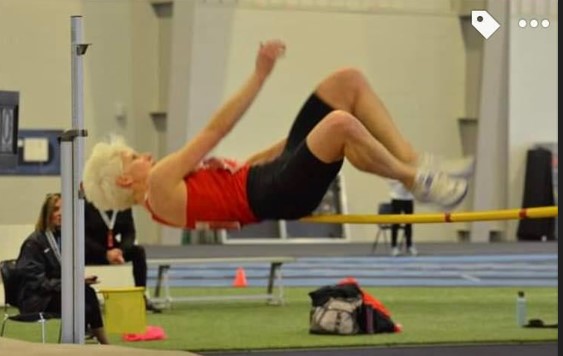 Muriel extended her own record in the W60 Indoor Pentathlon at the CMA Indoor Championships in Saint John, New Brunswick. Her huge score of 3886 points is ranked first in the world. Muriel also broke the Canadian 60m Hurdles record with a time of 10.55 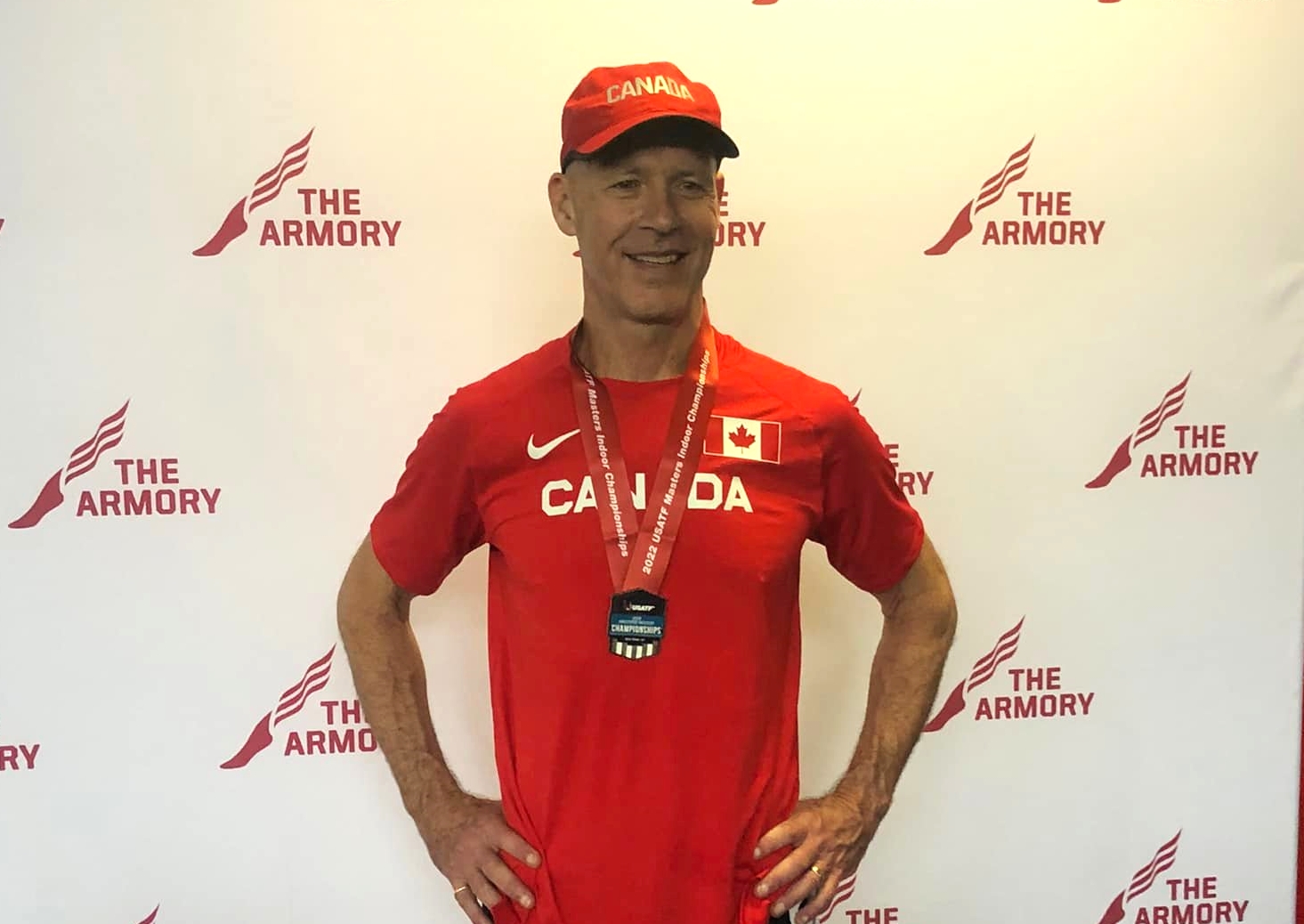 Mark tied the longstanding M60 CMA Indoor Records in the 800m and broke the Mile record at the USATF Masters Indoor Championships in New York. His 800m time of 2:14.42 is ranked first in the world and has an age-grading of 94.65%. Mark’s Mile time of 5:05.21 is similarly impressive with an age-grading of over 91%.