Announces 2021 Athletes of the Year

After a one-year hiatus due to a lack of competitions, Canadian Masters Athletics (CMA) is pleased to announce the recipients of its 2021 Athletes of the Year awards.

Based on nominations received and votes cast by the CMA Board, the 2021 Athletes of the Year have been named in four categories of athletics, each of which has been named after a master’s athlete who was prominent in the appropriate discipline and is either still active or was active in the past, as identified below.

The following are the recipients of the 2021 Canadian Masters Athletes of the Year Awards: 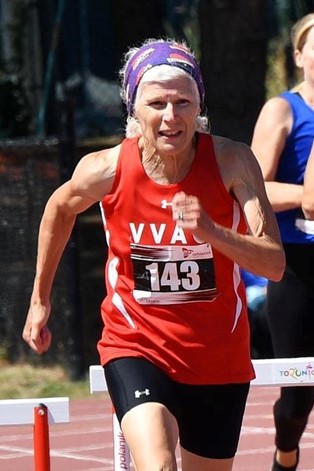 This award is named in honour of Earl Fee, the great masters middle distance track athlete who, at age 93, is still active and is still setting many new Canadian and World records and continues to inspire others.

Karla Del Grande, from Toronto, Ontario is the recipient of the 2021 Earl Fee Award in recognition of another excellent year of performances in individual track events. This past year Karla set a CMA and World record in the 300m hurdles at the Ontario Masters Championships. In addition, she achieved top World ranking performances in the 100m, 200m and 400m in 2021.

Runners-up for this award were David Guss, M65 BC; and Sasha Gollish, W35 ON. 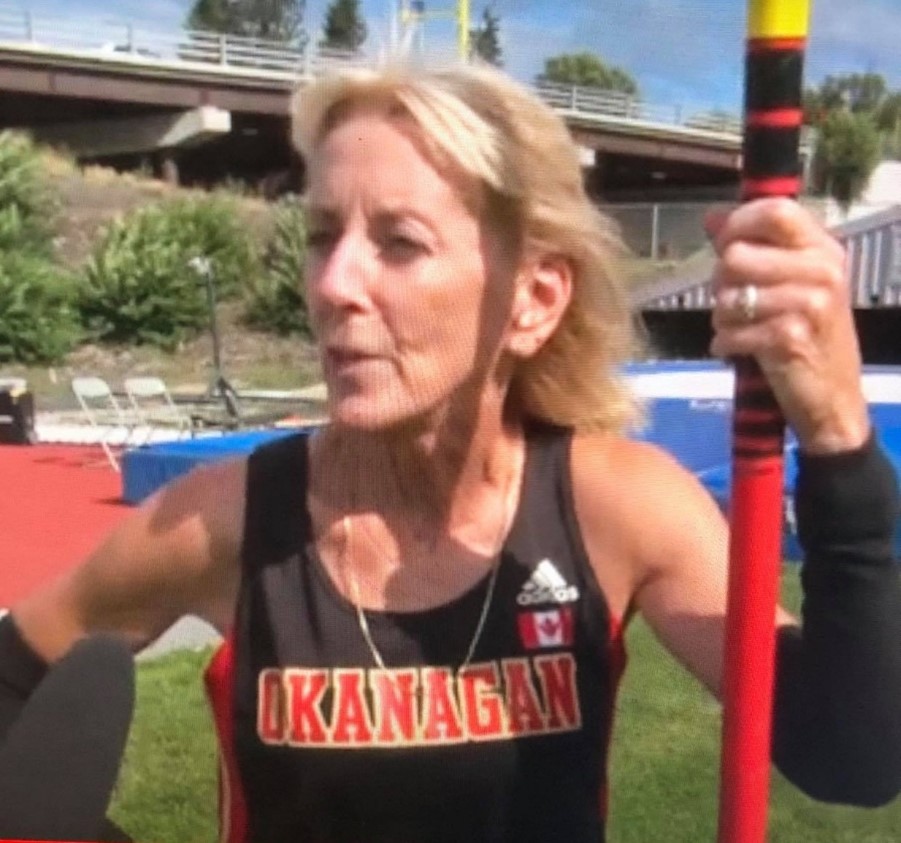 This award is named in honour of the late Olga Kotelko, who set more age group World records than any other athlete, in all age groups from 80 to 95 years of age, and has been an inspiration to many people worldwide, and a great ambassador for masters track and field.

Monica Pomietlarz, from West Kelowna, British Columbia is the recipient of the 2021 Olga Kotelko Award in recognition of her outstanding performance in individual field events. Monica set a CMA record in the high jump at the Okanagan Athletics meet in Kelowna. In addition, she excelled in her Javelin and Shot performances in 2021.

Runners-up in this category were Mike Ransky, M50 ON; and Andrea Diener, W45 AB. 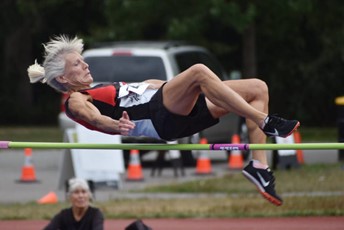 This award is named in honour of the late Ian Hume who, beginning with the first World Masters Championships in Toronto in 1975 and for a period of 25 years, won 29 World Championship medals and set 40 World records in 9 events, including the Pentathlon and the Decathlon.

Cindy O’Brien-Hugh from Surrey, British Columbia is the recipient of the 2021 Ian Hume Award for her outstanding performance in combined events throughout the year. Cindy set a new CMA record in the Heptathlon in August 2021. This was her first heptathlon event and surpassed the previous record by 1,062 points.

Runners-up to Cindy for this award were Tuomas Ukonmaanaho, M75 BC; and Claudia Wagner, W50 QC. 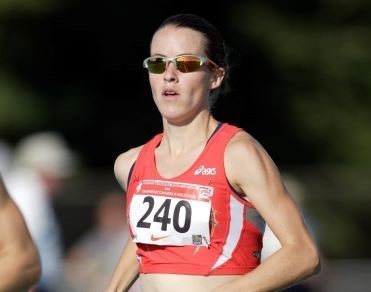 This award is named in honour of the late Ed Whitlock, the road racing legend who, at age 69, became the oldest man to run a marathon in under 3 hours, and today still holds dozens of Canadian road records, as well as World records in the marathon for M70, M75, M80 and M85.

Malindi Elmore from Kelowna, British Columbia is the recipient of the 2021 Ed Whitlock Award for her outstanding performances in non-stadia events during the year. Malindi started the year in February by breaking the 10k CMA record in Abbottsford and followed that with a new CMA record in the half marathon in Mission the following month. Malindi also represented Canada at the Tokyo Olympics in the marathon and set CMA records with her 25k, 30k and 40k splits.

Runners-up in this category were Liz Schad, W65 ON; and Elizabeth Waywell, W60 ON.

Awards will be formally presented at the 47th annual CMA Outdoor Track and Field Championships in Regina, Saskatchewan. The formal ceremony will be during the CMA Annual Awards Dinner on Saturday July 30, 2022 to be held at The Atlas Hotel. Tickets to the banquet can be purchased through registration package at Trackie.com.