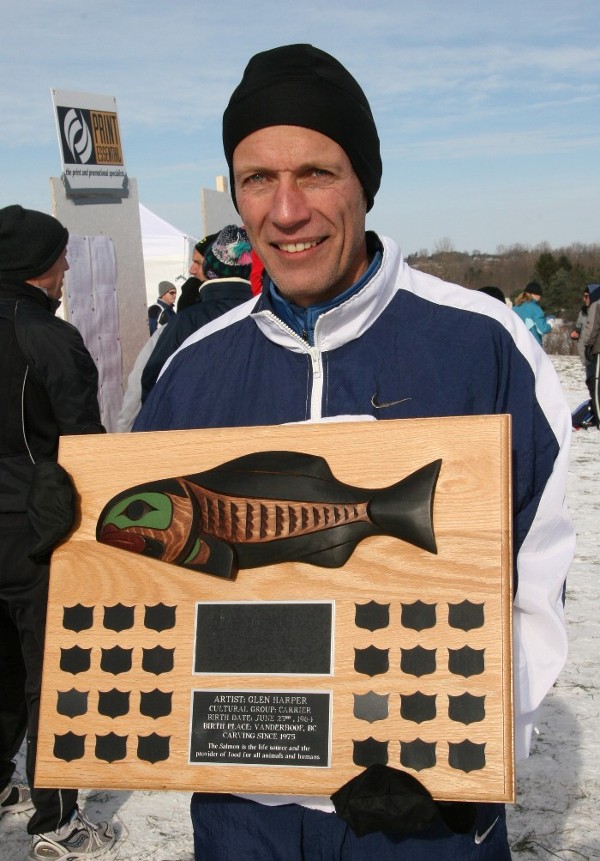 The Gaat Trophy goes to the top scoring province at the Canadian Masters Cross Country Championships.

Scoring is based on the top four age-graded performances, at least one of which must be from each gender (scoring changed for the 2015 race). The trophy was carved by Carrier First Nations artist Glen Harper.